Apple announced the new Homepod speaker for the home following Amazon and Google in the home speaker market with an AI based assistant  at the WWDC2017. 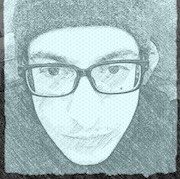